With a few taps on your iPhone or Android device, ski apps allow you to track a wealth of data on your alpine adventures.

I’ve become fond of using Trace Snow and Ski Tracks to record virtually every run. Another popular option for tracking skiing and snowboarding is SNOCRU.

Based on the data, I’ve even gone so far as to create an alpine dashboard (ski bum meets data viz nerd). The screenshot below summarizes my past three seasons, which have included 1,410 runs covering 1,808 miles and 1,750,496 vertical feet. Last year, I hit my all-time high of 56 days skiing or snowboarding. 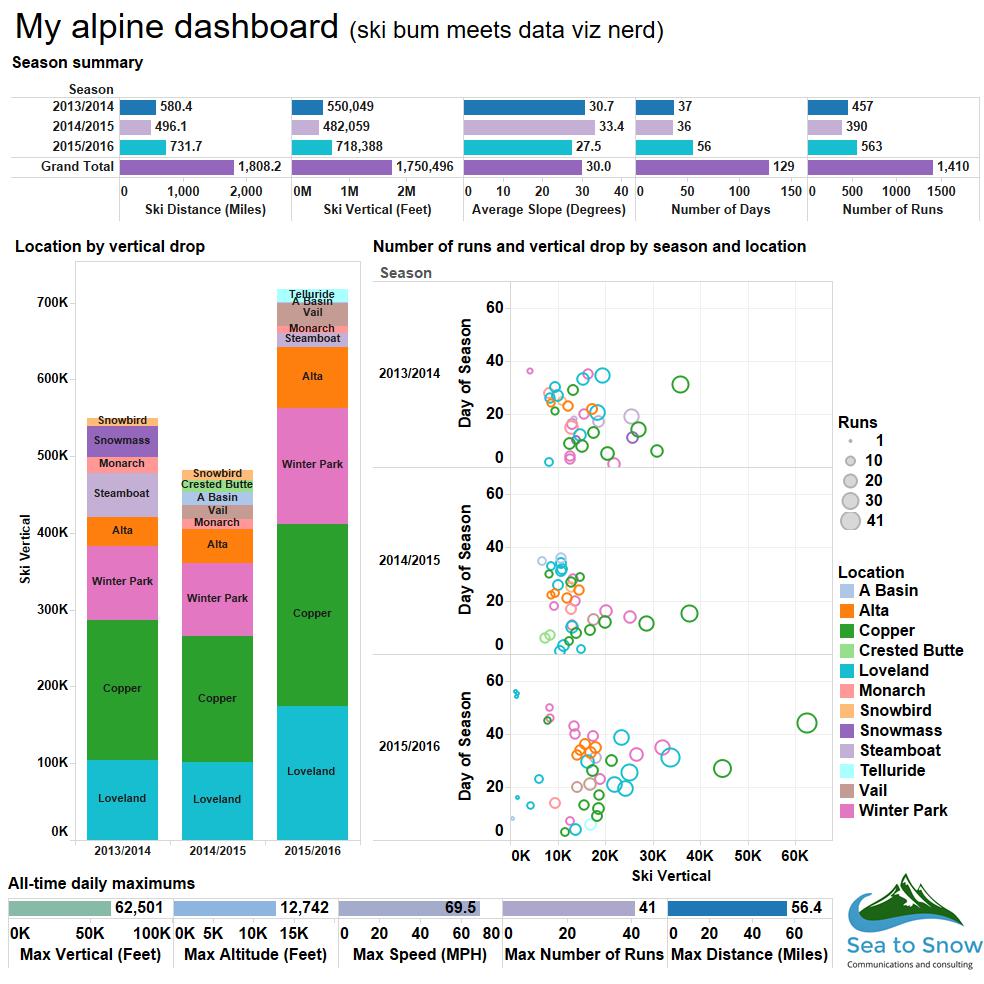 (If you’d like to see an interactive version of this dashboard, head on over to my Tableau Public page.)

Below is a guide to my favorite apps for skiing and snowboarding. It’s also worth checking with your favorite ski areas to see if they have their own apps. At Copper Mountain, for instance, the Sherpa app provides commentary as you ski or ride through the terrain, makes recommendations on trails, and lets you see what other users are doing. Likewise, the EpicMix ski app from Vail Resorts allows you to compare the length of lift lines, share photos, and get grooming reports.

I’ve found Ski Tracks to be simplest and most reliable of the ski apps. You simply tap start before you hop on the first chair or set out on a tour, then hit stop to store the data. Here’s a screenshot from Ski Tracks with the stats from my most epic day ever: 41 runs and 62,501 vertical feet at Copper Mountain. 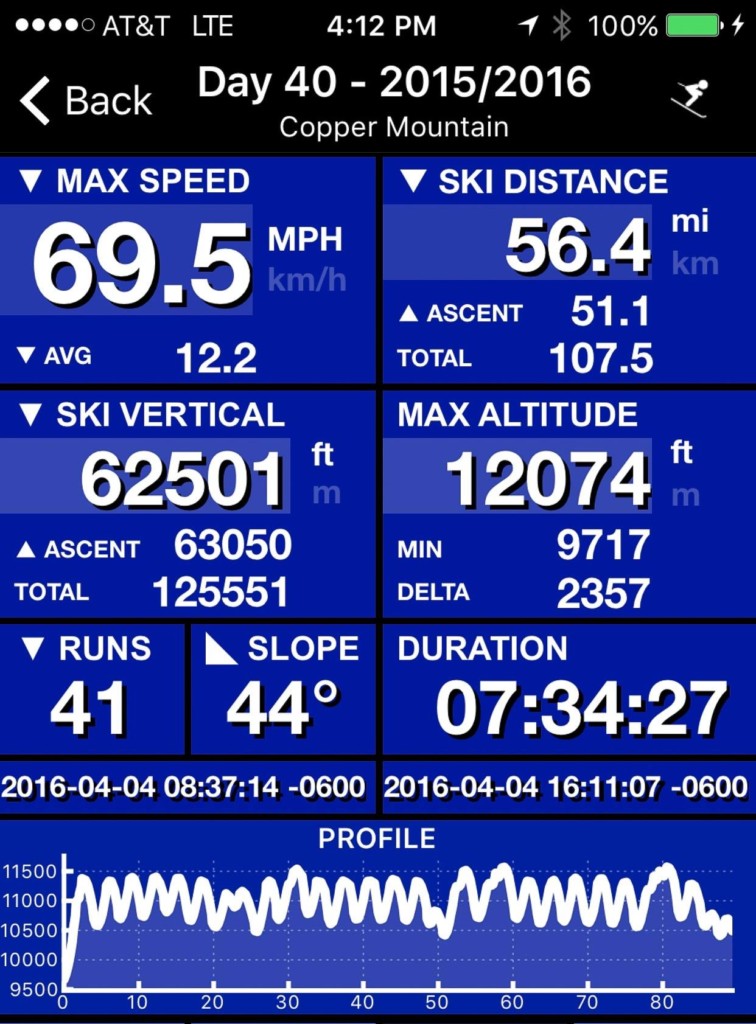 For the past few seasons, I’ve used ski apps for a little game. I try to ski as much as possible in a single day, from first chair until the ski patrol kicks me off the mountain. It’ll be tough to break my record from last year, unless I manage to combine a full day of skiing with some nighttime action at Keystone, Steamboat, or another resort that offers lit trails.

2) Trace Snow app lets you compete with others

Trace Snow offers similar features and indicators to Ski Tracks but also lets you see how your stats compare to others. It even estimates the amount of time you’ve been airborne during jumps. At the end of the day, you can pick a photo as a background for your “session sheet,” or you can use a map that shows all the runs and lifts you’ve ridden. 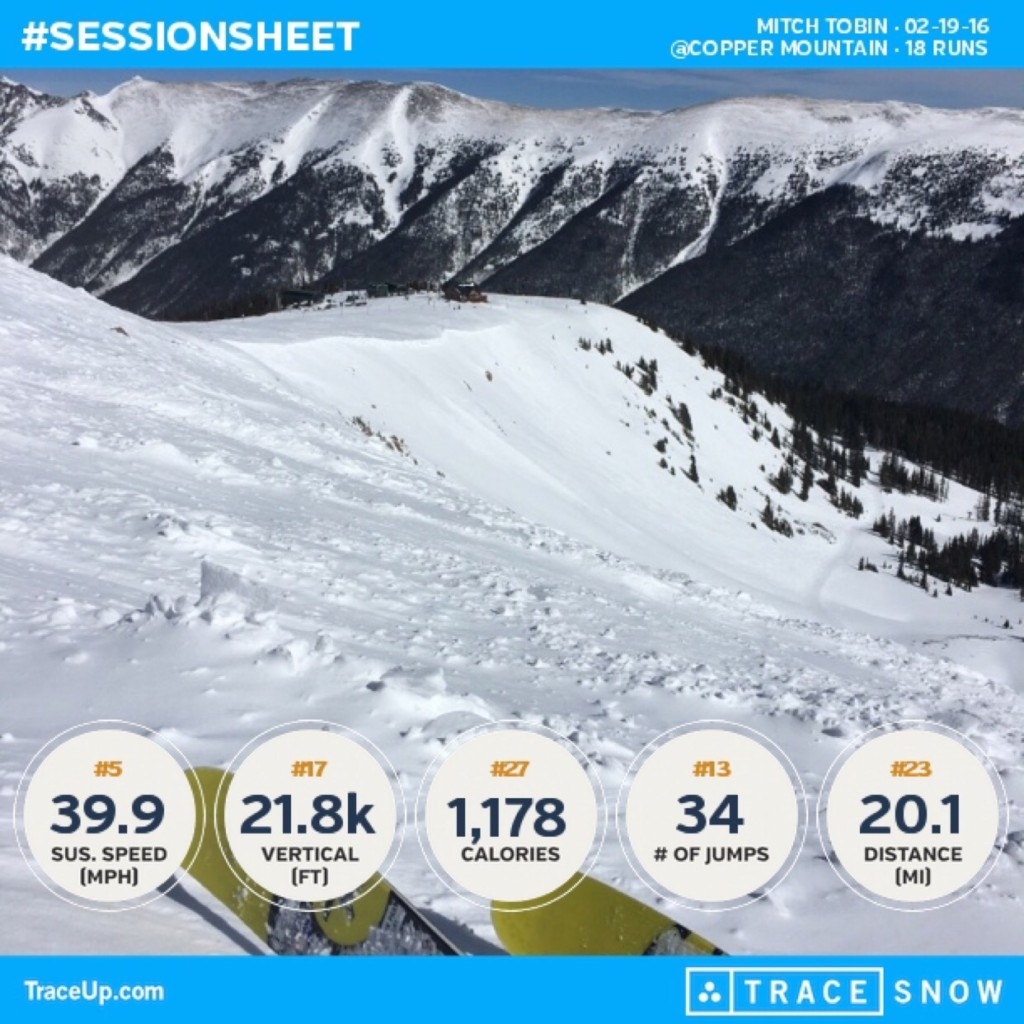 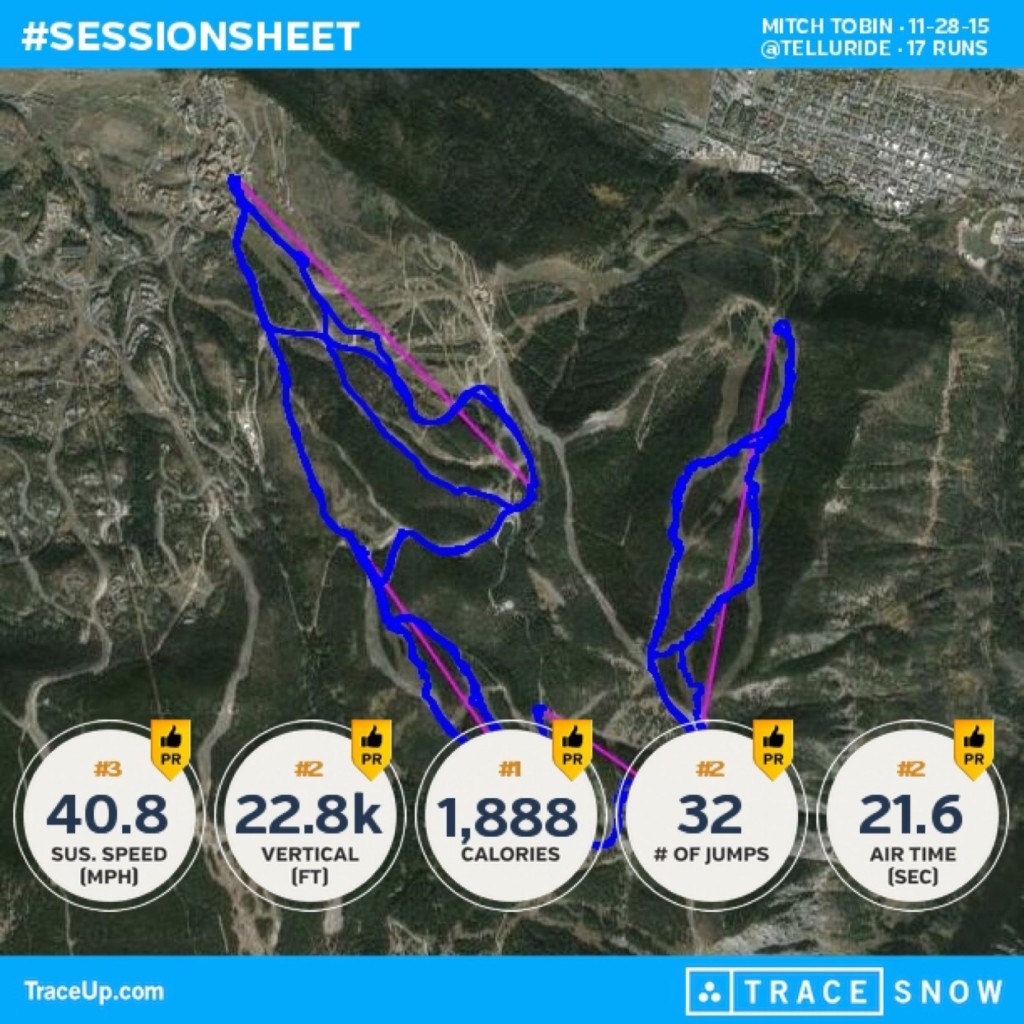 I liked using SNOCRU last season but quickly ran into the limits of the free plan. Below is a screenshot from their website comparing the basic and pro features. Looks like a ton of great features. Maybe I’ll suck it up and buy the premium version this season. 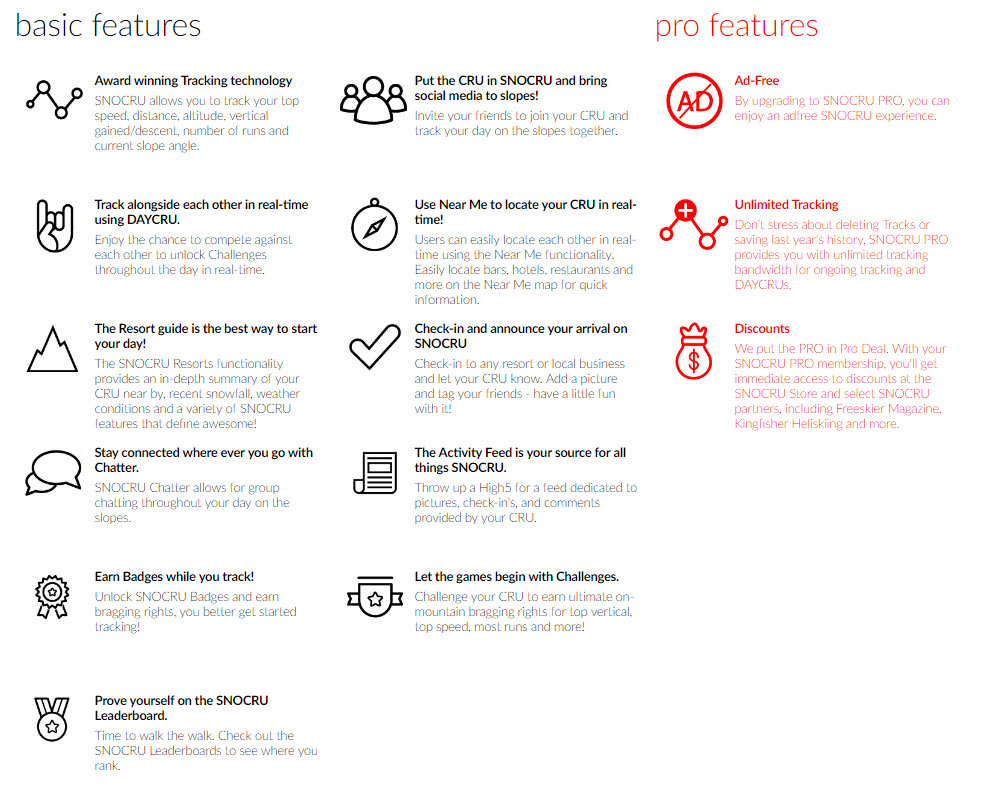 Another category of ski apps present trail maps on your phone. My favorite one of these is Fat Map, which also offers info on hiking and mountain biking. What’s especially cool about this app are the 3-D views of the ski area. This can be super helpful in figuring out how to navigate the terrain. Here’s a screenshot from Winter Park: 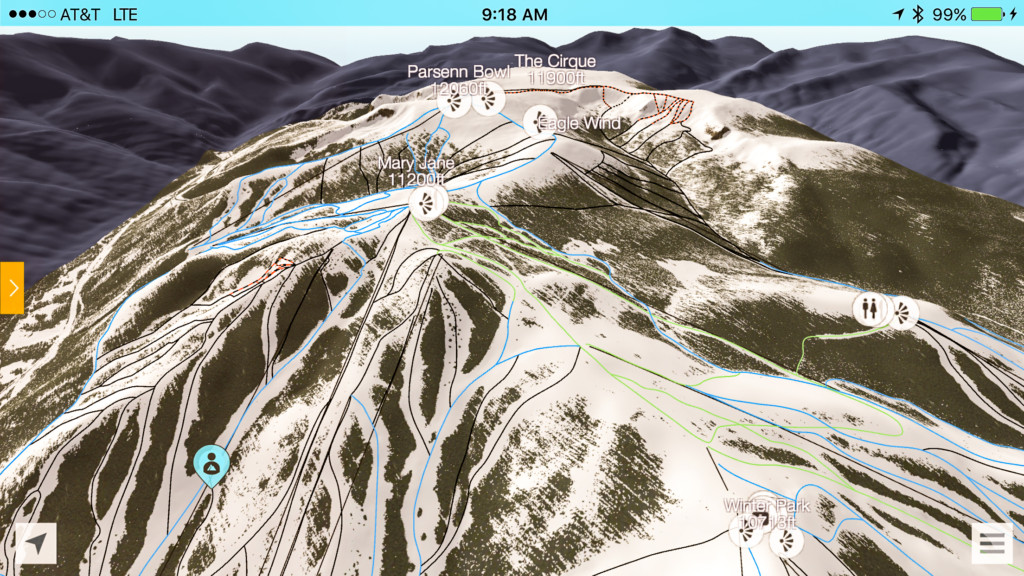 There are tons of great weather apps out there, but few that focus on conditions in the mountains. The Open Snow app is a great addition since it offers snowfall forecasts at ski resorts and has detailed discussions of mountain weather. 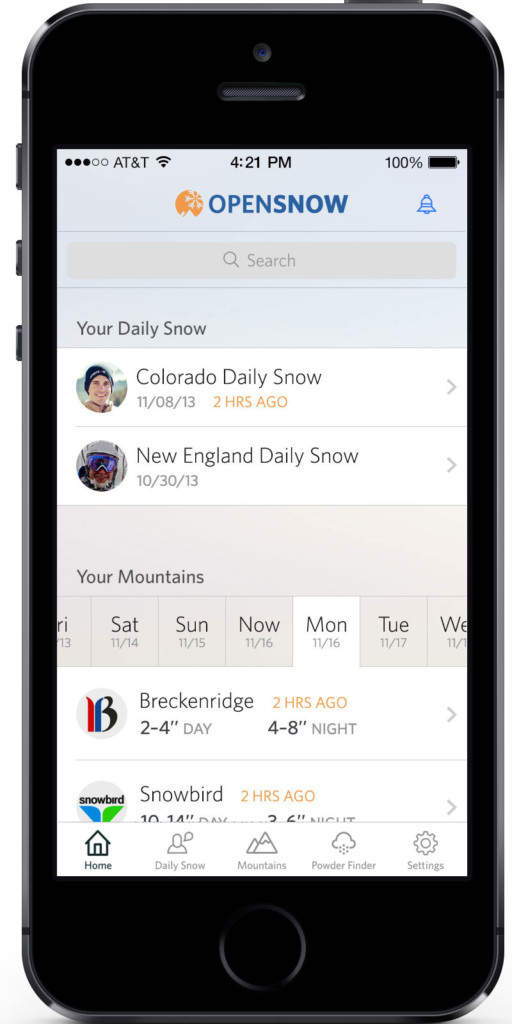 For my fellow Colorado skiers and snowboarders, I also recommend the Colorado Avalanche Information Center’s app, especially if you’re doing anything in the backcountry. Even if you’re sticking to in-bounds terrain, the app is a good source of information on the weather and snowpack. 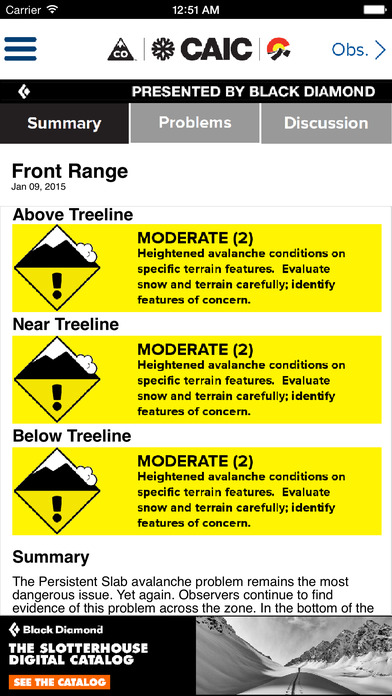 7) Liftopia ski app can save you money on lift tickets

Before you hit the slopes, check out the Liftopia ski app to see if you can find a deal on lift tickets. The app also provides information on current conditions at ski resorts. 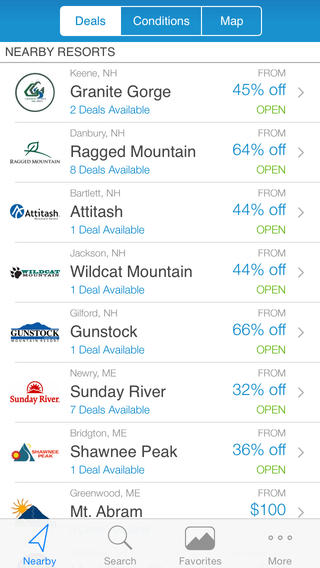 There are plenty of apps that aren’t dedicated to skiing or snowboarding per se that riders may find useful. For example, I really love the Peak Scanner app, which identifies nearby mountaintops. You just point your phone at the scenery as if you were taking a photo and the app uses GPS to reveal the names and elevations of nearby peaks. Below is a screenshot I took this summer at the top of Mount Flora, a 13er near Berthoud Pass and Winter Park. 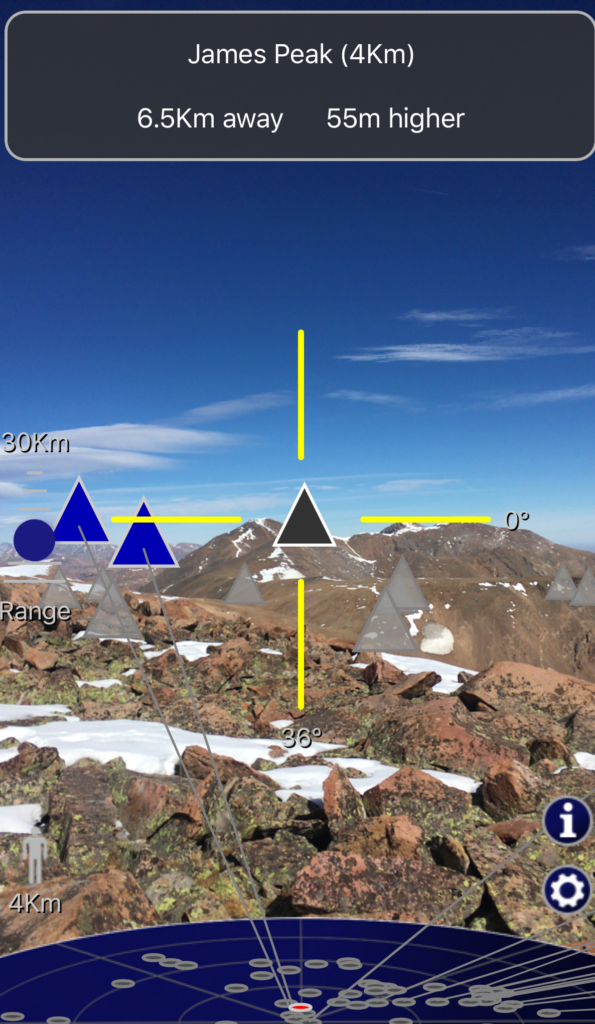 Topo Maps+ from Glacier Peak Studios is a great mapping app for backcountry enthusiasts, no matter the season. The app lets you download USGS 7.5 minute topographic maps so they’re accessible when you’re far from the nearest cell tower. You can also use the GPS-enabled app while skiing inbounds in order to track your elevation loss and other metrics. Below is a screenshot from a recent day skiing at Loveland. 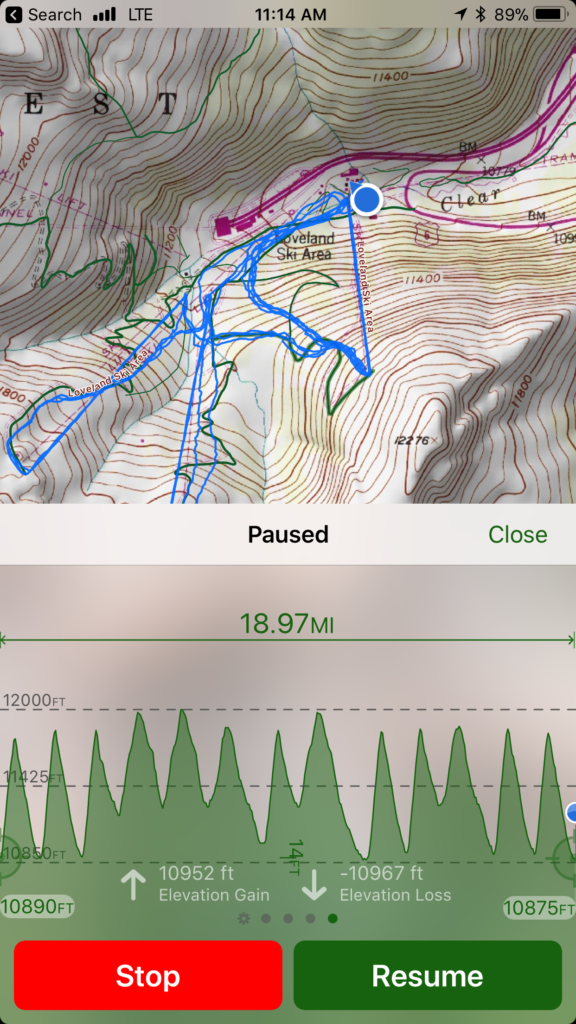 This list of favorite ski apps is hardly exhaustive. One can only imagine what we’ll be using in a few years from now. If you have another favorite app for skiing or snowboarding, please drop me a line and I’ll check it out!