What is a snow cornice?

From the Italian word for “ledge,” a cornice is a mass of overhanging ice or snow, typically found on a ridgetop or edge of a cirque. A snow cornice is both a launching pad for hucking jumps and a potentially deadly avalanche risk if the formation collapses underfoot. 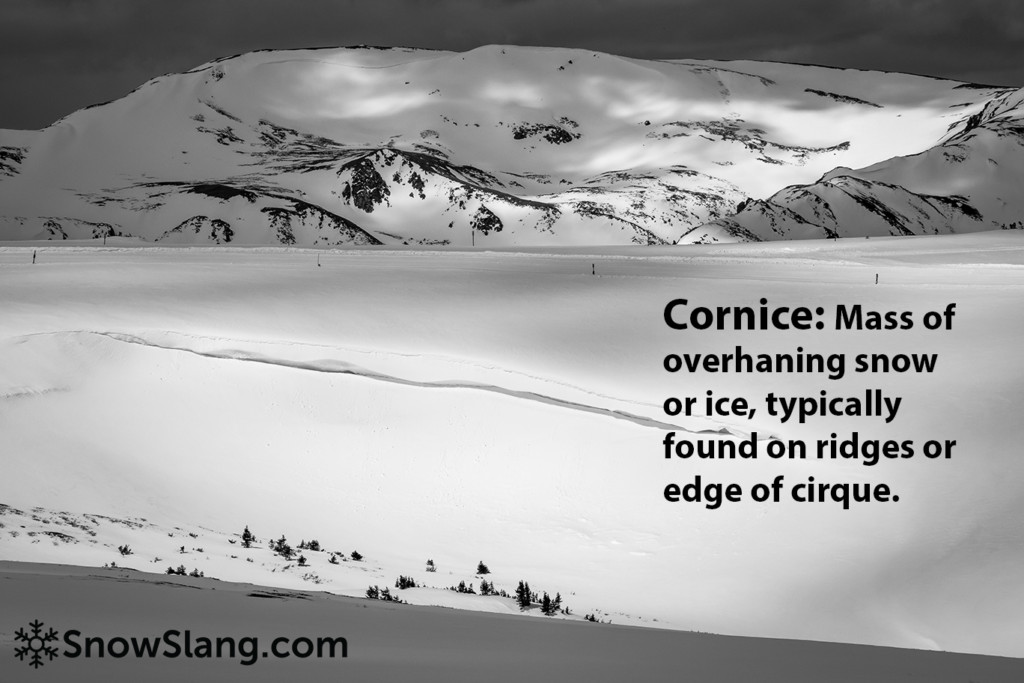 If you’re into architecture and interior design, which I am not, you surely know the word cornice from its use as a descriptor of ornamental molding on the exterior of buildings or a ceiling edge. In the context of skiing and snowboarding, a cornice is both a risk and a reward. First things first, check out this video below of a snowboarder walking along a snow cornice and nearly losing their life as it disintegrates into an avalanche.

To understand why a snow cornice can turn into a death trap, it helps to understand how these features are created. The graphic below, from the U.S. Forest Service’s National Avalanche Center, shows how wind creates cornices on crests and ridges.

In a backcountry setting, a snow cornice may break off unexpectedly. It should be treated with the utmost of caution. As the National Avalanche Center notes, “cornices are the fatal attraction of the mountains, their beauty matched only by their danger.” Cornices can become especially unstable during storms, windy periods, and times of rapid warming and melting.

Where might a snow cornice break? After reading about and watching some close-calls, I think the answer is “farther back than you think!” Check out the photo below of a cornice in the Jewel Basin of Montana’s Swan Range: 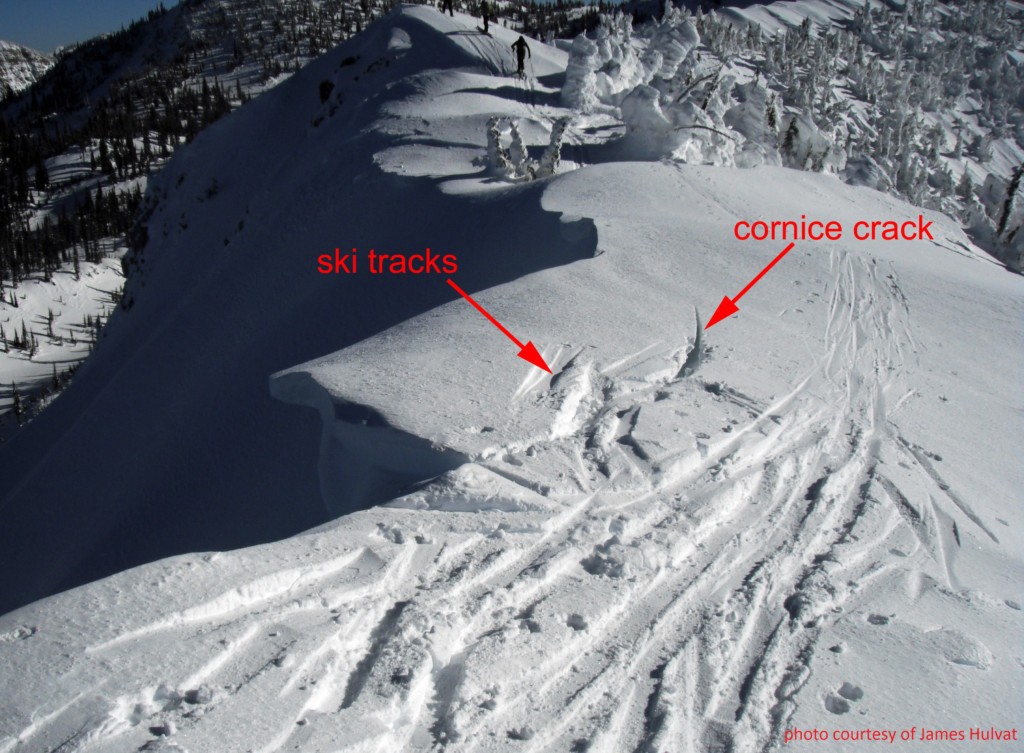 Lest you think that cornices are all about death and destruction, for skiers and snowboarders who stick to inbounds terrain at resorts, cornices can be pure fun. Due to avalanche control and other work by the ski patrol, snow cornices in ski areas pose virtually no risk of burying you. That doesn’t mean they’re easy to negotiate. As show below in the video I shot at Copper Mountain, dropping into a bowl from a cornice is something of a leap of faith.

Dropping into Copper Bowl from Mitch Tobin on Vimeo.