Alpenglow: fire on the mountain

Around sunrise and sunset, mountain peaks will sometimes glow red, orange, even purple, in a gorgeous display of alpine atmospherics. It’s called alpenglow and it’s one of my favorite parts of being in the high country, no matter the season.

Alpenglow, from the German word alpenglühen for “Alp glow”, refers specifically to the rosy hue of mountains after dawn and before dusk. It’s especially pronounced when mountains are snow-covered and offer a blank canvas on which the light can play. Alpenglow is also an example of a broader optical phenomenon: the setting or rising sun casts the landscape and horizon in much warmer tones than during the day, much to the delight of anyone holding a camera.

Here are a couple of photos I’ve shot of Colorado’s Front Range at dawn while heading up to ski along the I-70 corridor. 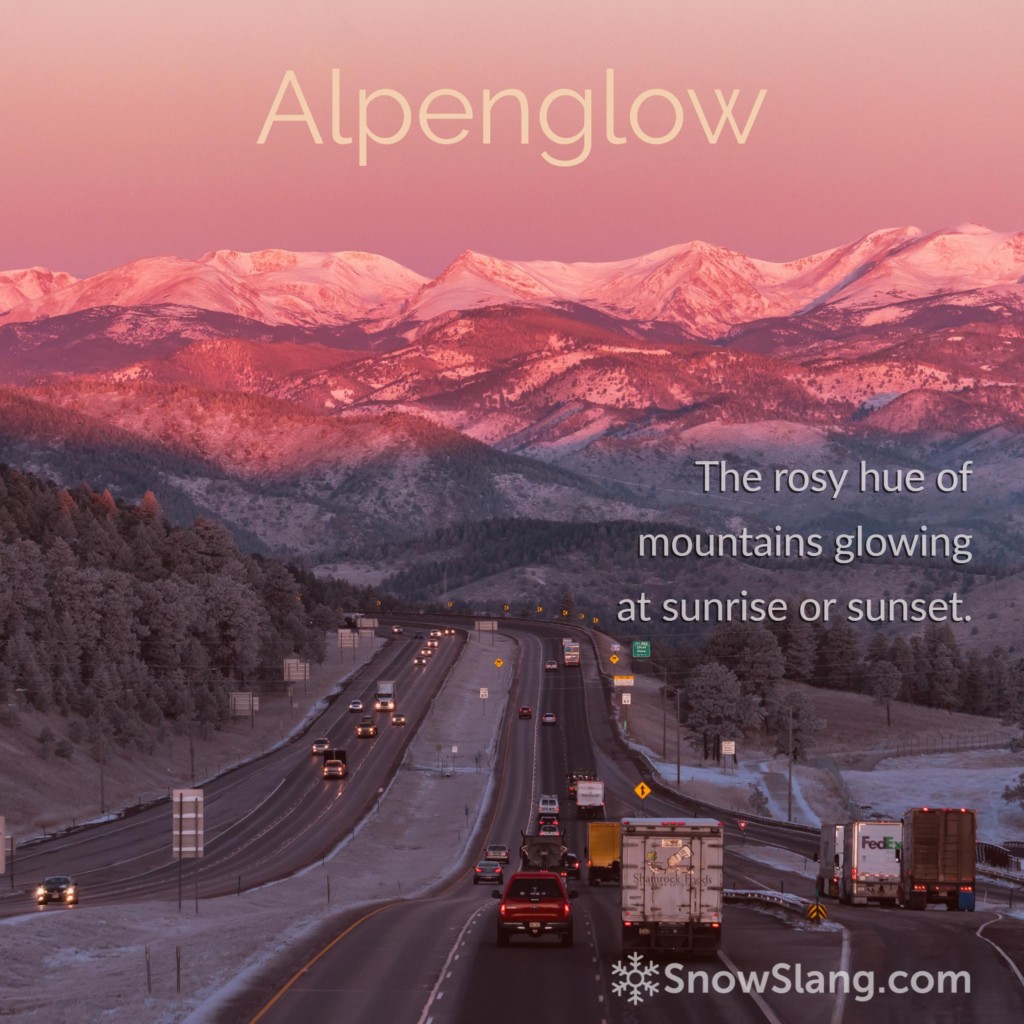 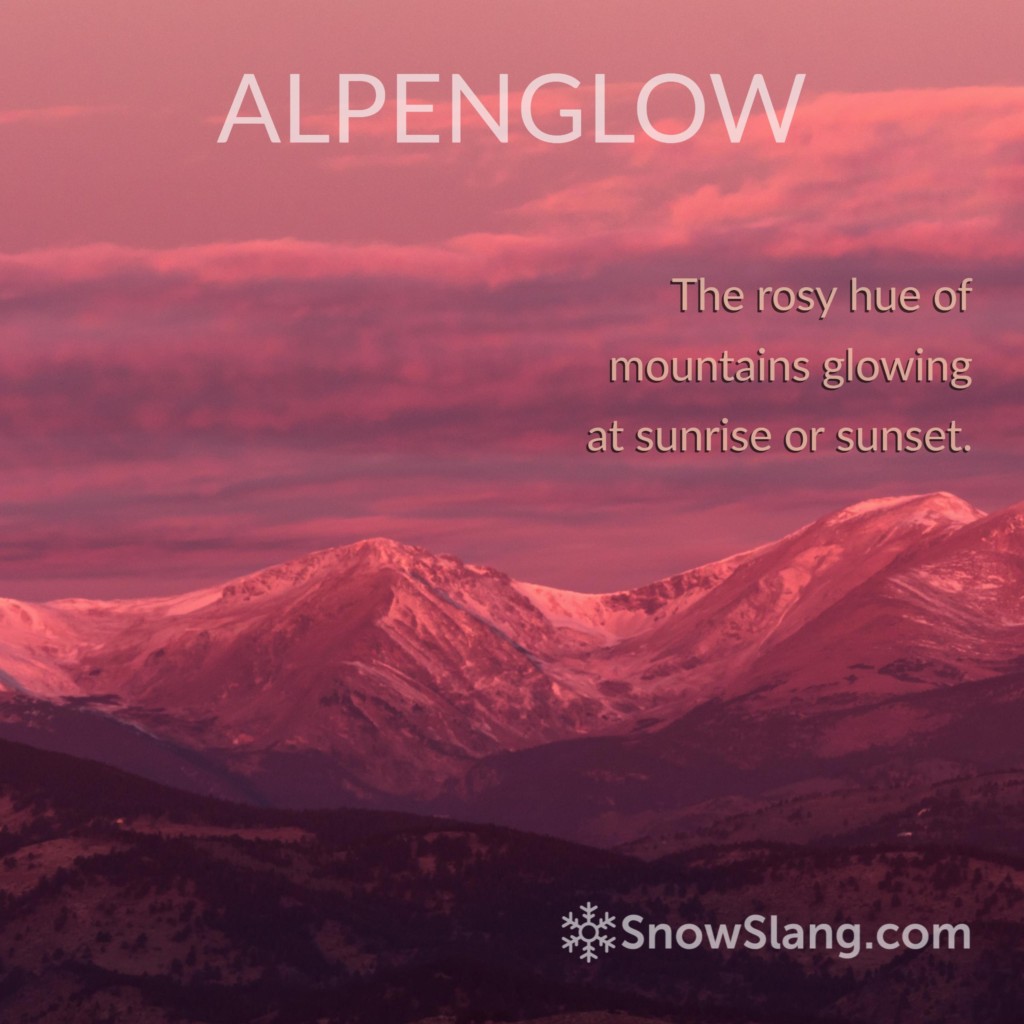 One reason alpenglow on snow-covered mountains is so captivating and such a visual cliché in ski resort advertisements has to do not only with the beauty but also the contrast: warm light against a frigid landscape, like a roaring fire in a ski lodge buried by a blizzard.

If you’re a photographer, you surely know about the golden hour, which refers to the period after sunrise and before sunset when the light is much redder than during the day. This period, which varies in duration depending on your latitude and local conditions, typically creates more interesting images of landscapes and offers more flattering light for portraits. There’s also something known as the Belt of Venus, which describes the arc of pinkish light about 10 to 20 degrees above the horizon shortly before sunrise or after sunset. Here’s a good illustration from Genesee Park, Colorado. 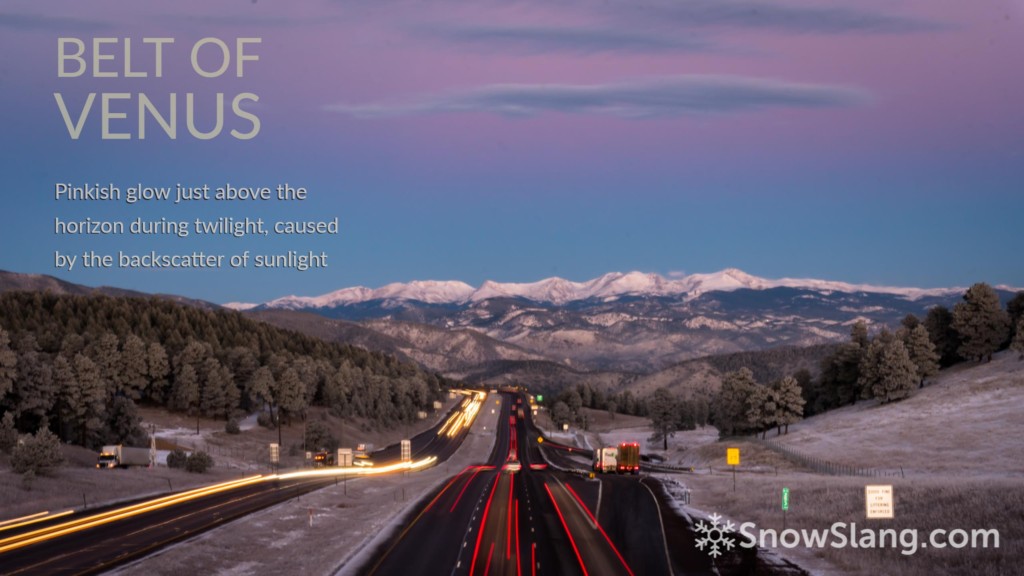 In all these cases, the underlying cause is essentially the same: when the sun is near the horizon, it must pass through far more atmosphere than when it’s high in the sky at noon. As light passes through all that atmosphere, it meets dust, moisture, and aerosols, which serve as a filter of sorts and make the light softer. The sun’s blue and violet wavelengths are also “backscattered” by those particles, allowing more light from the orange and red end of the spectrum to pass through. The result is that light’s color temperature is much lower. It’s like going from one of those cold and bluish fluorescent lights to a warm and fuzzy incandescent bulb. The graphic below shows just how great the difference in color temperature can be during different parts of the day. 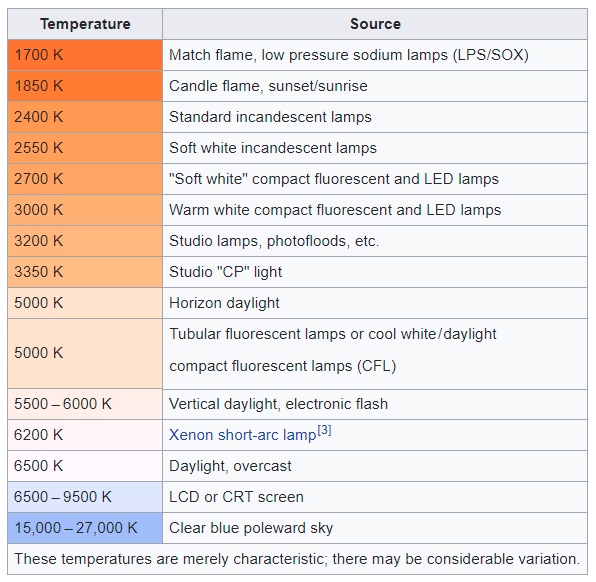 In some cases, the light on the mountain may appear almost purple, as in “purple mountains majesty” in America the Beautiful, a line Katharine Lee Bates was inspired to write upon seeing Colorado’s Pikes Peak.

Halos and other optical phenomena

Alpenglow is just one of many fascinating optical phenomena that you’re apt to see while skiing or snowboarding. Another beautiful display of atmospherics is the halo, which can be seen around either the sun or the moon. When light from these celestial objects interacts with ice crystals in the atmosphere, the result can be heavenly arcs or rings. Ice crystals high in the atmosphere act as prisms and mirrors to create halos.

Here’s a shot of a halo I took at Loveland while skinning up at dawn before the lifts opened: 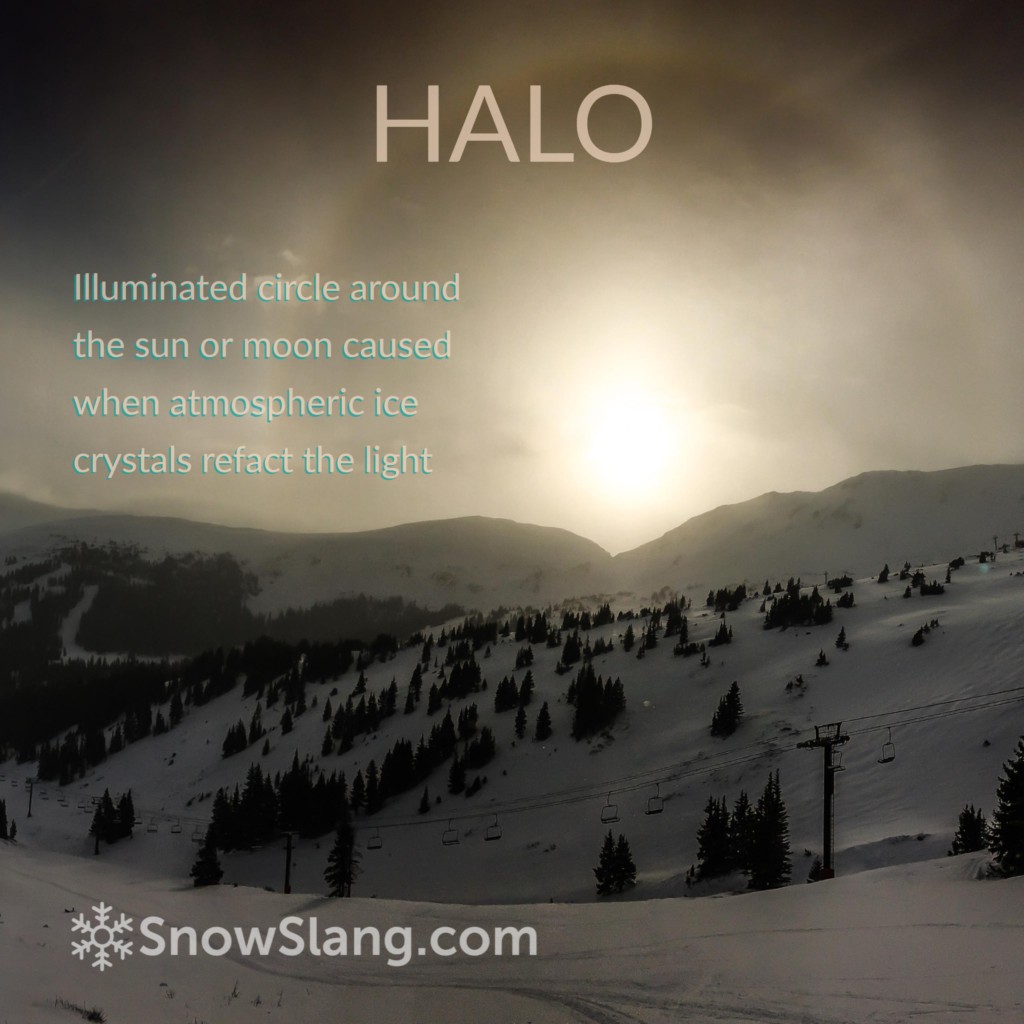 And here’s another one from Copper Mountain, while riding the venerable Storm King T-bar. 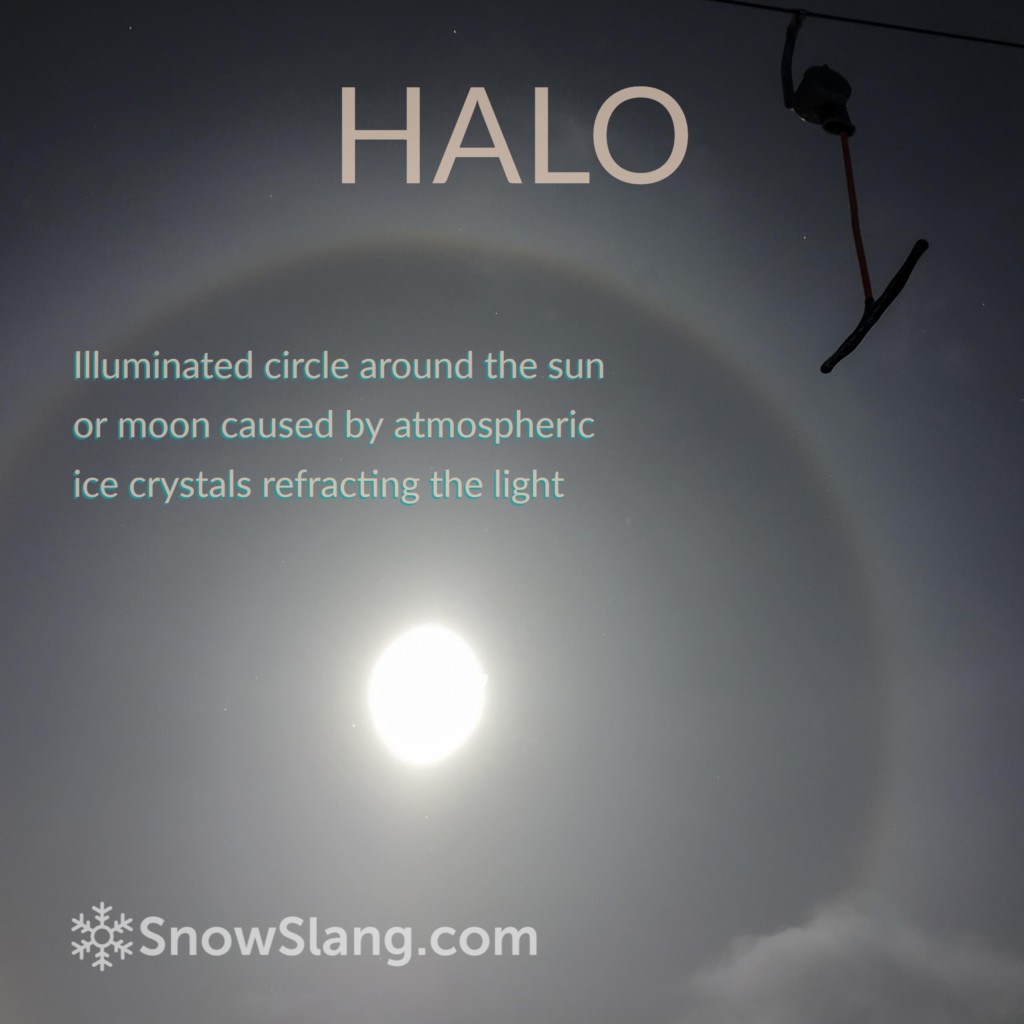 My love of skiing and snowboarding competes with and complements my passion for photo and video, so alpenglow definitely does the trick for me, turning a sometimes harsh, monochromatic landscape that’s best photographed in black and white into a warm, vibrant tableau that looks like you’ve gone a little overboard in Photoshop.